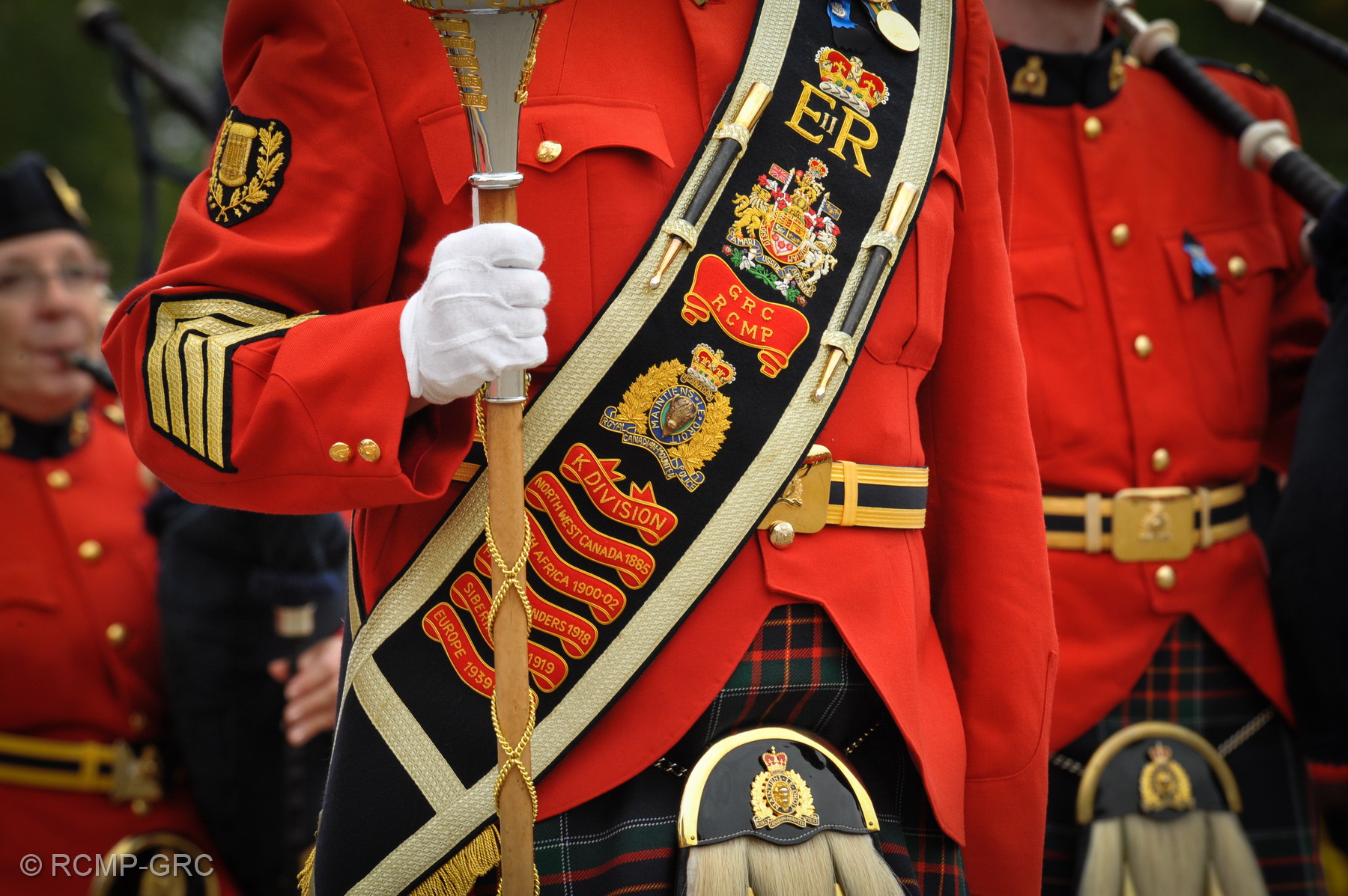 The RCMP Regina Pipes & Drums was formed on 24 September, 2001, under the authority of The Commanding Officer, "F" Division, Royal Canadian Mounted Police. It is based at the RCMP Depot, in Regina, and serves both it and, "F", Division. The band is a regular feature of the Summer Sunset Ceremonies at Depot, the RCMP Memorial Service and the Canadian Police and Peace Officers‘ Memorial Service. As well as providing music for police functions, it also participates in other parades, concerts, awards ceremonies and fairs throughout the region. The band's sponsors include the Force, the Regina area RCMP Officers' Mess, the General Mess, as well as the RCMP Regina Veterans' Association.

The band is open to civilians, as well as regular members of the Force, and consists of men and women of all ages, and from all walks of life. The RCMP has 8 pipe bands spread across Canada. As part of the wider RCMP Pipe Band system, the Regina band regularly sends contingents to play with other RCMP bands in events all over the world. Members from Regina have played in the Edinburgh Tattoo, the Nova Scotia International Tattoo, the Calgary Stampede Parade, the New York St Patrick’s Day Parade, as well as Ottawa, Las Vegas, the Netherlands, and at Windsor Castle. The band has a partnership with local cadet units in the city and teaches both bagpipes and drums. We provide instruction and also draw from the local pipe band community for workshops. The Regina RCMP Pipe Band does not currently compete, and practices on Tuesday nights at the RCMP Depot.